On the Indonesian island of Bali, a volcano called Mount Agung is spewing ash 2.5 miles into the sky, causing flights to be canceled and trapping thousands of tourists and locals on the island, even as the potential for a bigger eruption looms.

This is the second straight day authorities have closed Bali’s international airport for fear of ash damage to aircraft engines. More than 100,000 people near the volcano were told to evacuate as explosions were heard more than 7 miles away. 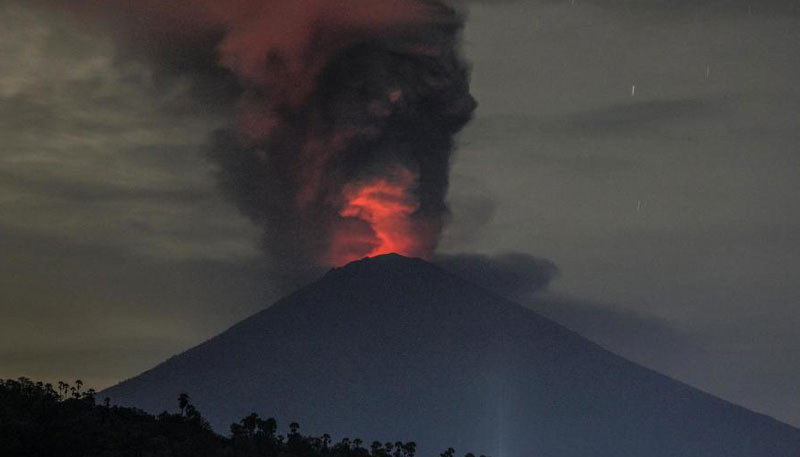 Indonesia’s National Disaster Management Authority (BNPB) warned yesterday that the eruptions are increasing and declared the highest alert level for the volcano. An Indonesian government scientist said a larger eruption is possible, but also that the current levels of lava, ash, sulfur, and carbon dioxide emissions could continue for weeks.