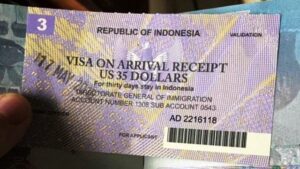 Reports in the local press of an imminent increase in the VOA fees triggered widespread opposition in Bali tourism circles who condemned the visa fee increase as inimical to current efforts to rebuild the local tourism industry.

Underlining reports of an increased VOA fee were baseless, Governor Koster said he had personally checked with the Minister of Law and Human Rights, who confirmed there were no plans to increase the VOA fee to Rp. 1,5 million. Adding, “This is untrue. This is a lie. Don’t believe it.”

Immigration officials at Bali’s Ngurah Rai International Airport report an upward trend in the number of travelers using the visa-on-arrival facility. Indonesia now extends the VOA facility to the citizens of 42 countries.

The chairman of the Bali Tourism Board (Gabungan Industri Pariwisata-GIPI), Ida Bagus Agung Partha Adnyana (Gus Agung), said that his organization and many associated stakeholders highly object to the plan to increase to VOA fee. Gus Agung pointed out that since the reintroduction of the VOA for a restricted number of countries, foreign tourist arrivals to Bali have increased dramatically, now averaging some 2,500 travelers each day.

Gus Agung cautioned that plans to increase the VOA fee could boomerang current efforts to rebuild Bali’s tourism economy after two devastating years of the global pandemic. Adding: “We (GIPI) and ten stakeholder organizations object to plans to triple the cost of the VOA.” The Bali Tourism Board chairman’s comments were made during a discussion of “Coming Back to Bali – Collaborative Action for Bali International Traffic Rebound 2022” held in Nusa Dua on Thursday, 14 April 2022. (Main Article: Bali Visa on Arrival) 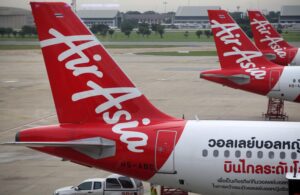 Sandiaga Uno, Indonesian Minister of Tourism and the Creative Economy, has held a historic face-to-face meeting with Daniel Thomas Tehan, Australia’s Minister for Trade, Tourism, and Investment, at the Commonwealth Offices, in Melbourne on Wednesday 06 April 2022.

Touching on the historic nature of the meeting, as quoted by the State News Agency Antara, Sandiaga said: “In my first trip abroad as Minister of Tourism and the Creative economy, I came immediately to Australia because of the large number of Australian tourists visiting Indonesia. Bali has become a second home for them.” The Indonesian Tourism Minister explained that the number of Australians visiting Indonesia in 2019 was around 1.4 million. However, with the sudden onset of the global pandemic, that number reduced to only 220 people for the entire month of February 2021.

Commenting on his Australian visit, Sandiaga said he hoped the visit would strengthen and intensify cooperation between Indonesia and Australia in tourism and creative economic activities, including promoting Indonesian tourist destinations.

“Indonesia has more than Bali as a tourist destination for Australians. Indonesia has many beautiful tourist destinations with a natural and cultural richness that reveal droves of local wisdom,” said Sandiaga. The Minister said Australia and Indonesia have shared roles as hosts for Formula 1 (F1), and similar race events would allow the two countries to share “best practices” in conducting such events. Adding: “Melbourne has many sports events, such as F1 and the Australian Open. Indonesia can follow Australia’s example in various tourism developments, especially when an F1 race is held in Bintan, Riau Islands.” (Main Article: Bali Visa on Arrival)

Australia’s Minister for Trade, Tourism, and Investment, Thomas Tehan, said he was honored that his country had become the first overseas nation to be visited by Minister Sandiaga Uno. He said he hoped that cooperation and good relations between Australia and Indonesia could be maintained. “Australians are very interested in visiting Indonesia, especially Bali. We hope that this cooperation will proceed smoothly, given that Indonesia is our neighbor.”

During the Indonesian Minister’s four-day visit to Australia 06-10 April 2022, Sandiaga reportedly underlined the extensive and intensive link shared by Indonesia and Australia reflected in the keen desire of Australians to visit Bali and the rest of Indonesia.

“My first working visit abroad was intentionally targeted at Australia. This was because, since the reopening of Bali on 08 March, the Australians took the lead in the number of foreign visitors to Indonesia,” said Sandiaga during his online Weekly Press Briefing held on Monday, 11 April 2022.

Because of the enthusiasm felt by Australians for taking an Indonesian holiday, the Indonesian Ministry of Tourism is targeting 1.4 million Australian tourists to visit Indonesia before the end of 2022. (Main Article: Bali Visa on Arrival)

The number of airlines operating direct international flights to Bali increases from week to week.

As quoted by NusaBali.com, the head of the Aviation Authority for District IV, I Putu Eka Cahyadi confirmed the reactivation of international flight service by the aforementioned airlines, with formal applications from each now in hand.

Emirate Airlines will commence service between Dubai and Denpasar on 01 May 2022. VietJet Air will fly between Saigon and Denpasar in late April. Finally, Philippine AirAsia will serve flights between Manila and Denpasar in early June 2022. 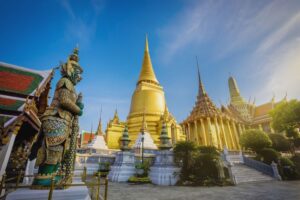 The return flight to Bangkok #FD397 on the same aircraft departed at 12:56 pm with 29 passengers.

Thai AirAsia is scheduled to fly twice each week on Tuesdays and Saturdays.

With the new flight, Thailand becomes the third Southeast Asia country connected by air with Bali, after Singapore and Malaysia. Plans are in hand for flights to soon start between Ho Chi Minh City (Saigon) and Bali with VietJet Airways.

Are you looking for a beautiful Villa to rent in North Bali for your holiday? 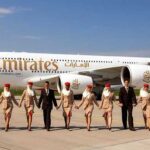 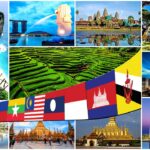