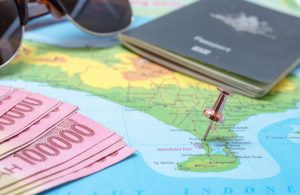 Beritabali.com reports that the head of the Provincial Director General of Taxation Office in Bali, Goro Ekanto, is seeking assistance from the Provincial Government to collect data on all foreigners working and living for an extended period in Bali.

Explaining his plans, Ekanto, meeting with Governor Koster in his office on Thursday, May 9, 2019, said: “This is only fair, it shouldn’t only be locals who are chased to pay taxes.” Ekanto said he appreciated the seriousness with which Governor Koster is undertaking his duties, including requiring entrepreneurs to follow existing rules and regulations that have increased the amount of tax revenue now being generated by the tourism sector.

“If people are following the rules, the taxes (collection) will be good,” Ekanto explained.

The Governor told the Bali tax official that there are around 17,000 foreign workers who are potential tax payers. Moreover, there are many other businesses (operated by foreigners) such as villas and other enterprises who avoid paying taxes.

The Governor said many Balinese are used as “front men” or nominees by foreigners to help run their businesses. But, when the business cease to operate, Koster complained, the assets are taken away from Bali and all that is left are “problems.”

Koster said that his Administration will ensure that in the future that unhealthy business practices by foreigners and locals will be minimized. He pledged that all people in Bali will be made tax compliant in the years ahead in order to secure the funds needed for development.

Koster also said he hoped that every entrepreneur who wins a tender for a project will have an official tax number (NPWP).

Eko said that the increase in tax collection rates in Bali last year was above the national average.

Current tax law stipulates that any foreign national, regardless of whether or not they own a business or have a work permit, who spends 180 days a year in country must be registered as a Bali tax payer.

Bali Railway System to commence in 2020?